How do thermal tolerance and performance vary across populations and life stages of Pacific salmon?

Pacific salmon are a truly iconic group of fishes with immense cultural, economic, and ecological value. Salmon return to their natal streams to spawn with high fidelity, resulting in hundreds of geographically and genetically diverse populations. They encounter widely varying environmental challenges across their broad geographic range (California to Alaska and Russia to Japan), and across their life cycle (anadromous; both freshwater and seawater stages vs. resident forms). We take advantage of this impressive diversity to examine local adaptation in performance and thermal tolerance.

Why do adult female Pacific salmon have higher mortality rates than males?

Numerous field and lab-based studies have discovered that sexually mature, adult female Pacific salmon have higher mortality rates compared to males, particularly when the fish are exposed to secondary stressors (e.g. handling + high temperature). However, the underlying mechanism(s) driving the increased mortality in females remain a mystery. Our team is trying to figure out what is going on and how we can help. 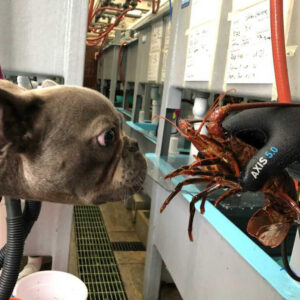 How does size influence an animal’s capacity to cope with environmental change?

Metabolism is well known to scale allometrically with body size, such that larger organisms have lower mass-specific metabolic rates compared to smaller organisms. Our team is examining how this phenomenon relates to environmental tolerance and performance in a variety of systems (social insects, fishes, Corynactis californica, spiny lobsters, Pacific salmon).